When you ask bitcoin – or cryptocurrency – fans why their supply needs to be limited you get no answer. For it is the ‘limit in supply’ that makes their prices rise if demand is there. Ask them what lies behind the demand and there’s another pause for thought. Perhaps it’s because the price is rising!

Ask them why gold, which has settled trades outside the banking system for thousands of years, is priced at close to its production cost and there’s a vacant look, representing a lack of understanding of history and what constitutes sound money. Ask them why credit and debit cards, which settle trades electronically within the banking system, cost very little and there is a dawning recognition that they haven’t the first notion why cryptocurrencies should rise in price at all.

The General Manager in my local in Greystones, The Beach House, struck up a conversation with me one evening recently on cryptocurrencies, which he and his colleagues had been debating. I felt the best that I could add to their debate was to point Terry to Charles Mackay’s superb book Extraordinary Popular Delusions and the Madness of Crowds (published in 1841), where Mackey observed that ‘Every age has its peculiar folly: Some scheme, project, or fantasy into which it plunges, spurred on by the love of gain, the necessity of excitement, or the force of imitation’.

If cryptocurrencies have no ‘use value in and of themselves’ (i.e. an alternative use) or have no claim on a revenue stream it becomes exceedingly difficult to justify any value for them at all. Most likely, it’s their cost of production, and in bitcoin’s case that’s probably a couple of hundred dollars at most. Sooner or later that basic economic reality is likely to drag it back down there! For a more indepth view on bitcoin, and cryptocurrencies in general, see our previous article titled Bitcoins – Asset, Currency or Mirage’ dated August 2017.

Business and property assets provide owners with an income stream. Companies that can grow their income (earnings) at an above average rate over the long-term are rare, and often have a competitive advantage that keeps competitors at bay. 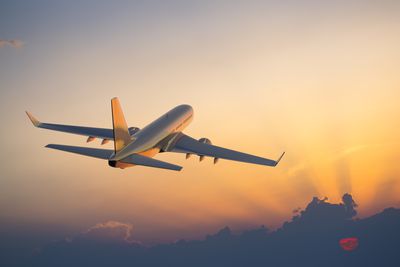 For decades, McDonalds’s low-cost food offering, quick and convenient service and consistent quality worldwide has been a knockout combination. But, even great companies can stall over the short-term. This happened to McDonalds when it lost its way during the 1997 to 2002 period with management focused on new store openings for growth rather than on what made its customers return. In 2002, a new CEO was appointed, and he ceased new store openings and went back to basics; he improved and updated the food offering, revamped existing stores, which improved service and hygiene, and made ordering more convenient. And, more recently, McDonalds’s same-store-revenues were flagging during the 2012 to 2014 period, and earnings first stagnated and then declined in 2014. Once again, a new CEO added fresh impetus and today convenience has been hugely improved with self-ordering through in-store kiosks and smart phone ordering via an App. Today, McDonalds is back on a growth track.

A company with an in-built competitive advantage tends not to lose it easily.

There is little doubt that Ryanair has a low-cost competitive advantage, hard won over many years and almost impossible to replicate. After all, you could replicate Ryanair’s aircraft fleet if you had several billion euros to spare, but you would not have the volume of traffic to come even close to Ryanair’s average cost per passenger.

Warren Buffett once said that if you gave him a couple of billion dollars to compete with Coca-Cola, he’d hand you back the money.

Ryanair’s average fare is not just below its nearest rival, it’s 20% below it. Since management started to focus on improving customer service in 2013, its service levels have improved significantly, and customers have responded with more demand. More recently, Ryanair has started making flight bookings more convenient, to complete a knock-out combination of a low-cost, reliable service with increasing convenience.

In that context, unionisation is likely to prove a temporary headwind for Ryanair. Yes, costs may rise, which, in turn, may lead to higher average fares, which could dampen passenger traffic volumes and perhaps restrict growth for a while. But, we doubt this will undermine Ryanair’s competitive advantage, and a good management team will surely figure out how to re-establish growth in time. Our own view is that the limiting growth factor for Ryanair is probably the ultimate size of the addressable market in Europe. In that context, the growth of Southwest Airlines, the equivalent low-cost airline in the US, since it listed on the US stock market in 1980 is probably quite relevant, as Ryanair addresses a similar sized market in Europe. The chart highlights Southwest’s total returns to shareholders from 1980 to 2017, and Ryanair’s from 1997 to 2017.

At the time of writing, Ryanair’s shares are trading on just 13 times March 2018’s expected earnings. That’s a starting earnings yield of 7.7% (100/13 expressed as a percentage) at a time when Eurozone long-dated government bonds yield below 1.0%, and, of course, there is no prospect of growth in the yield from such bonds once purchased. This is in contrast to companies where earnings grow over time. And, for companies with a competitive advantage growth comes with a higher degree of reliability.

There could be earnings downgrades in the near-term at Ryanair, but the recent share price setback still feels like another opportunity to climb aboard a long-term winner.

If you are not on our database and would like to receive our Free Newsletter and Featured Articles you can sign up using the following link: