Last May, we highlighted that both the 30-week moving average and the Coppock Indicator had given ‘BUY’ signals at the end of April for several markets. More ‘BUY’ signals using these indicators were given for several other markets throughout  May. 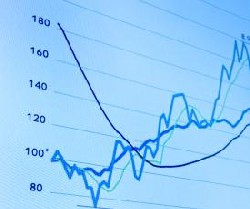 Members should study the historical data available in the spreadsheets at the members section of the web site. Often, when a ‘BUY’ signal has been given the market backs and fills for a while. You can check this for yourself by looking through the historical data. We have taught this indicator at the 1-day seminar since early 2008 following its write up in Mark Shipman’s very useful book ‘Big Money, Little Effort’.